How to get your child to try new foods 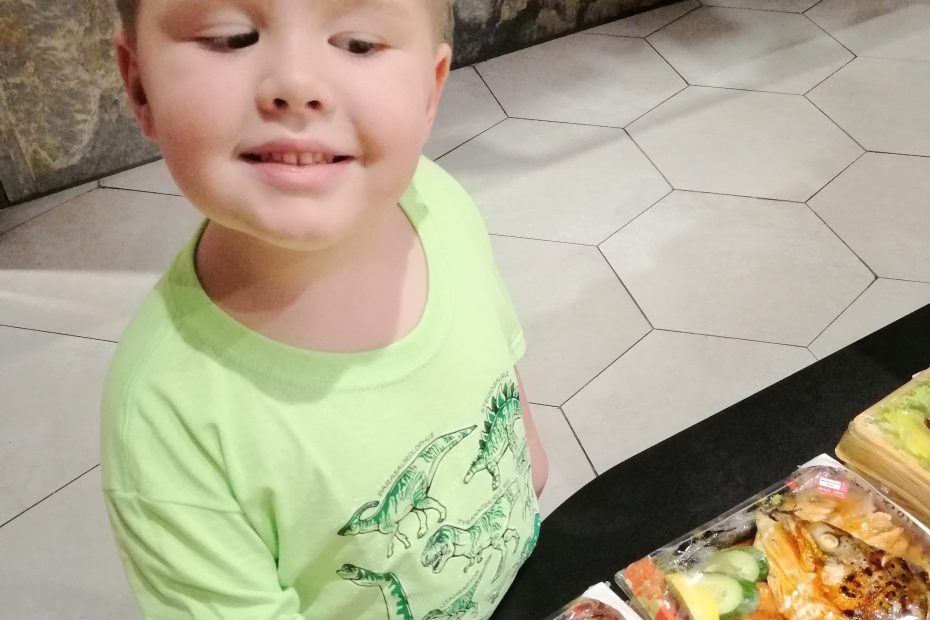 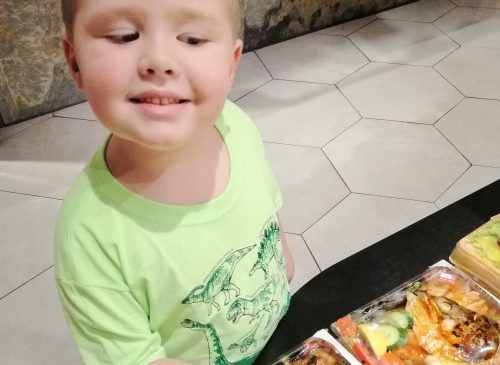 When we started the YouTube show Apparently Tasty one of the goals was to start to teach our son Carter, who is our 5 year-old co-host, to try new foods. He was not necessarily a picky eater, but his menu was not international fare as a rule.

Even though we had moved to Malaysia, where there is a massive choice in exciting foods to eat, he would still fall back on the tried and true foods he had become used to when we lived in the U.S.

Hotdogs, pizza and spaghetti were the top requests at any meal, although we had enjoyed some success in getting him to add sushi to his top menu items. He was partial to maki rolls with avocado and shrimp, so that was a small win. And he would reliably ask to go to our favorite sushi place on weekends.

But, the weekly sushi adventure is where it ended.

So we launched the show with an eye to introduce new, fun and sometimes exotic foods. And if you have seen the show we have met with some success.

Here is some more research in our quest to get Carter to eat new and different foods. It may help you if you’re trying to get your boy or girl to develop a more adventurous palate.

Most children look for ways to assert their independence, and in the toddler and pre-school years meal times are often one of the areas a little one can exert some control. If you have struggled to convince your child to eat something other than his or her few approved foods, consider the following tips for helping them find new foods to enjoy.

Make Your Child Part of the Cooking and Meal Prep Process

Carter, like most kids, loves being involved with “grown-up” tasks, and everyone knows the enjoyment and satisfaction that comes with eating a meal you prepared yourself. So we have introduced him to participate in the cooking or meal preparation and we have found he is more inclined to try what we cook together.

He also comes grocery shopping and is asked to fetch foods. We didn’t do this with Carter, but you might also wanted to look through recipe books together to find new dishes to try. Getting your child intrigued and excited at being part of the food prep process might get him or her to try something new.

Experts say some children may need to try a food a dozen times or more before they will accept it. Try to include at least one of your child’s favorite foods at meal times and encourage him or her to try at least a bite of something new. We do this with Carter. Even though he sometimes refuses outright, occasionally persuasion can get at least one bite of a new food in his mouth. And sometimes it pays off. We also praise him for trying it whether he likes it or not.

He always smells new food before he tries it. So you can encourage this as it will help your child grow accustomed to seeing new things on the plate, although he or she will very likely refuse to even try new things at first. This is fine; if you attempt to press the issue you will only make your child even less inclined to try something new. (This doesn’t work on Carter!)

Use Different and Fun Names for New Foods

Think up new names for foods if your child is resistant to trying them. Carter is crazy for dinosaurs so we sometimes call new foods by a dino name.

Children strongly associate words with concepts, and a new food may not sound appetizing, so that can be enough for a picky eater to refuse. Try new names for foods that mirror foods he or she likes. Here is one example: If you want to serve mashed sweet potatoes and your child likes regular mashed potatoes, simply call them “orange potatoes”. This helps the child associate a food they already know with a new food. He or she will probably be more likely to try something similar to something he or she already likes. If you want to try vegetable pasta instead of grain pasta one night, call them “titanoboa noodles” (Titanoboa is a giant dino snake) or something that will get your child excited to try them.

Kids Have Unique Palates Too

Some parents forget their children will develop their own food preferences, and not every refusal to eat certain foods is simply defiance or asserting independence. Some children will find foods they genuinely do not like. If your child simply refuses to try something new, that is different because he or she does not know if he or she likes or dislikes the food. However, if your child does try something new and spits it out or calls it yucky, try something else instead and wait before offering the rejected food a second time. If your child hates peas at age two, he or she may still hate them at age 42.

If your child has friends around his or her age, consider arranging a lunch date or dinner party with their friends and invite them to bring some of their favorite foods. This may be mutually beneficial if a friend also has a picky eater. Your kids will enjoy sharing their favorite foods with each other, and a child is much more likely to try something new if a close friend approves of it. (Peer pressure starts at a young age we have found!)

Be Persistent, but Not Pushy

Remember, it is very difficult to defeat a stubborn toddler or pre-schooler in a battle of wills. Eventually, something will have to give if you come to a standoff about a new food. Instead of pressing the issue and making a difficult situation worse, remember you can always try again tomorrow. Pushiness only increases the chances of pushback from your child.

Play With Your Food!

While this may sound counter-productive to a pleasant meal time, finding ways to let your kids play with their food is a great way to encourage trying new things. For example, make a sandwich-building game with your kids and have them try new meats, cheeses, veggies, and toppings on their sandwiches. You could also make pictures of faces and animals with their foods for more fun at meal times.

You may find success getting your child to try new foods by adding small portions of new foods to meals you know they enjoy. Presenting a large plate with big portions of unfamiliar foods generally does not work well and can make your child feel overwhelmed. You may think that planning a large meal full of fun and healthy new foods would get your child excited, but adding new foods a bit at a time to your child’s usual diet on a consistent basis usually leads to much better results.

While you may find success bringing your child grocery shopping and having him or her help you prepare meals, why not try asking your child about new foods he or she would like to try?

Maybe your child has seen other kids at school with fun and interesting new foods in their lunches. He or she maybe saw a delicious-looking meal on a television ad that you could try and recreate at home. Encourage your child to open up to you about what he or she thinks about food, even at a young age. Your child may surprise you with his or her thoughts and interests when it comes to new foods.

Ultimately, every child is different and will develop a unique taste, but parents should not let their children survive on only three or four approved foods. Convincing your child to try new things is often challenging, and these tips can help provide a foundation for finding a solution that works for your family.

Resources For Parents with Picky Eaters: